Feb
01
by MichelDeStar at 13:25 (173 Views / 0 Likes) 0 Comments
Thanks everyone for voting this month. In January we had a total of 3827 votes!
The top 3 voters will receive a message with their rewards within 12 hours.

We are really grateful that you guys keep voting for the server!
As promised the top 3 players will receive their giftcard, if we can't reach you with whatever reason there is, please contact me and I'll respond as fast as possible.

Dec
29
by MichelDeStar at 11:51 (480 Views / 0 Likes) 2 Comments
Dear players,
Starting in January we will start rewarding our monthly top voters!

Vote on our server here: https://www.hollandcraft.com/pages/votes/
You can keep track of the leaderboard on the same page

On behalf of the whole staffteam we would like to wish you all a Merry Christmas!

To celebrate these days we are having a sale up to 40% in our shop at https://shop.hollandcraft.com/.

It will be available until 29 december. by MichelDeStar at 23:00 (804 Views / 0 Likes) 0 Comments
​
Black Friday Sales have arrived! From now until December 2nd, we are offering savings of up to 25% OFF on the Hollandcraft Shop.

A short while ago LuukDMM and martijnpu left our staff team along with a few others to pursue their dreams. LuukDMM set up his own server called… DMM… Now we’ve decided to merge the two servers together! Now what does this mean for you?

Firstly, we’ll stop supporting cracked Minecraft players, this means premium players no longer need to remember an authme password. We polled this a while ago and most of you said to go premium.

The current survival map will be replaced by the one currently residing in the DMM server.
We do understand this means you’ll most likely lose your builds, but we’ll copy your builds and paste it into the new map when you request this in a special thread we’ll make available.

Because of these big changes, we’re giving a discount of 30 % on the rank store!

Since the release of HCX we've had issues with the skyblock plugin. That's why we've decided to purchase a premium plugin! This plugin has more (exciting) features like island upgrading, time and weather change per island, player banning (for your island) and more!
We also added TreeAssist, PlayerVaults, Challenges, a sellshop on spawn and some stuff with farming.
Donator island is a thing again as well and Blazes, Wither skeletons and Guardians are also able to spawn on your island (in the correct place of course)!

If you haven't seen it, here's the announcement for the upgrade.

I'd also like to thank @PierreTheBoss , @steeltjerepel and @Firepownage for all the testing they've done and fighting through some really nasty bugs.

Please help us out by reporting bugs and leaving suggestions on discord or on the forums.

Yours faithfully,
The HollandCraft staff team

p.s. As a kind-of compensation for deleting your old islands, everyone gets a starting kit and 10x the amount of money when first starting.
Tweet
Continue reading...
6 January 2019 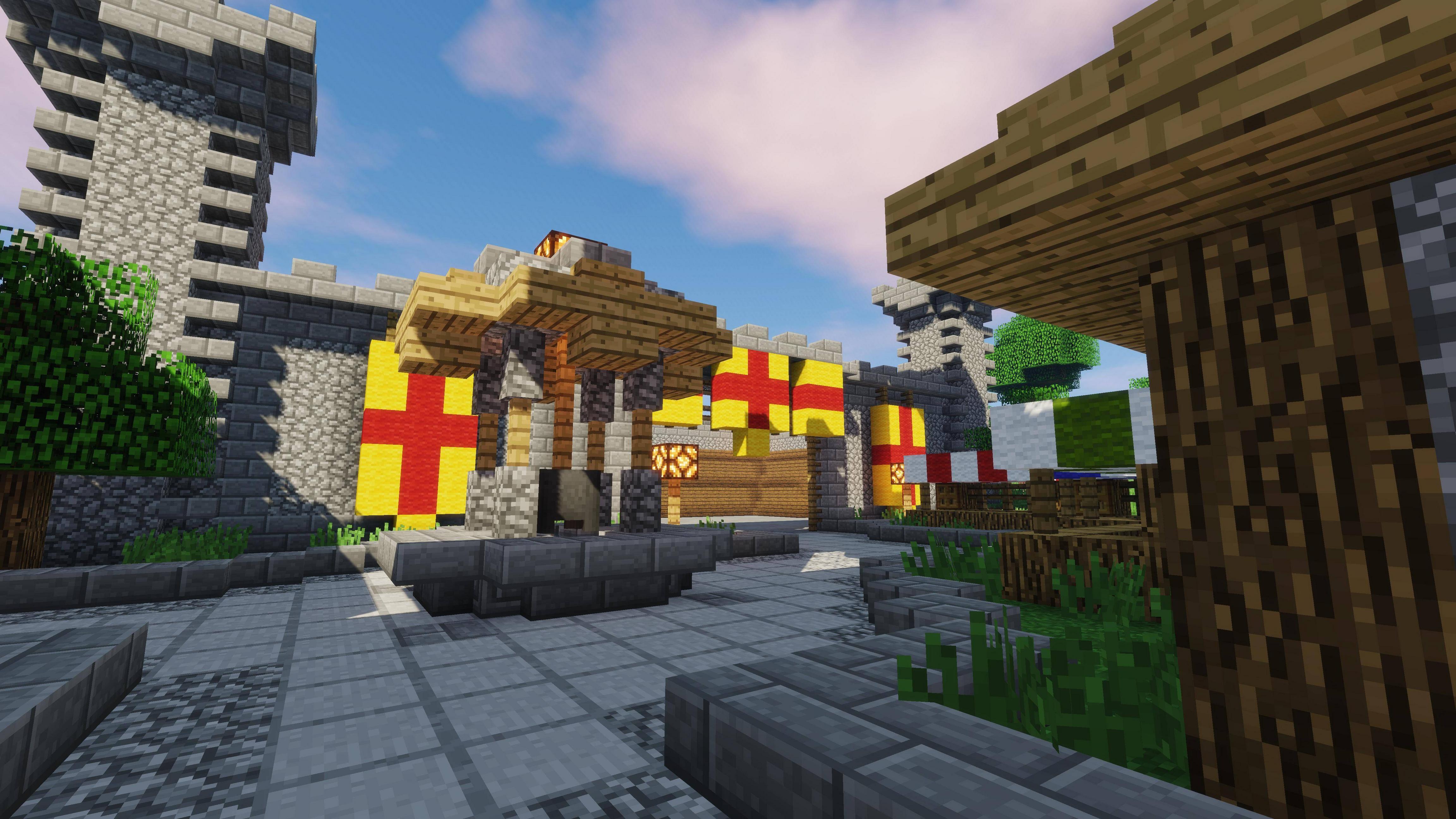 Since the release of HCX we started working on a KitPvP gamemode. We wanted it to be a fun, light minigame like the one we had back in 2015/2016. This is why we decided to bring back and revamp the old map we used at the time and put in a few easter eggs. We enabled the day/night cycle as well, because we thought the map looked really cool at night!
We chose to make 6 kits, of which 2 are for ranked players. Older players will remember some of the kits as well! Also, we made it in the known and loved 1.8 combat system. This means that there is no hit-cooldown like in 1.9+ PvP! You can just join, choose a kit by clicking on 1 of the signs and have a nice PvP experience whenever you feel like it!

Please help us out by reporting bugs and leaving suggestions on discord or on the forums.

Yours faithfully,
The HollandCraft staff team

PS. If you search well enough you will find a feature of an Easteregg from our older gamemode, VintagePvP.

Here is a sneak-peek of the map: On behalf of the whole staffteam we would like to wish you all a Merry Christmas!

To celebrate these days we are having a sale up to 60% in our store at http://store.hollandcraft.com/
40% on ranks, 60% on everything else. It will be available until 27 december.

It is my great honour to announce that today at 10 AM GMT+1, we have made the next step in Hollandcraft’s evolution:

HCX is a major overhaul of the entire Hollandcraft network, both in game and behind the scenes.
HCX will roll out in multiple phases. Today sees the launch of Phase One. Phase One includes a new lobby, and four revamped game modes, survival, skyblock, creative and skywars. HCX also takes the server to 1.13 We have support for 1.8.x-1.13.x, however we recommend 1.13.2 for the best results.

What’s new in Phase One?

The lobby has had a major refit, delving more into the medieval, rural theme that Hollandcraft was once known for. Instead of server portals, we now use NPC’s to select a server. Also, the new lobby is chock full of Easter Eggs so be sure to have a look around!

For skywars, we turned the nostalgia up to 11! We took an old, beloved lobby, tweaked it so it still looks fresh and added some brand new maps and kits. Good for hours of play time.

Survival has reset as well and here too we went for a more rural look. The end and nether spawns have been removed and the new spawn is now an integral part of the landscape. We also included some neat little easter eggs in the survival spawn! Here are some hints for the 3 best ones:

News A farewell from Bobobaal

As many of you well know, our long-time Admin Bobobaal has recently resigned.
He has asked me and Michel to publish this farewell to you.

After long thought, I've decided to resign as a staff member on Hollandcraft.

It wasn't an easy decision to make since I spent my teenage years as a player on this server, and most of it as a member of the Staff Team.
The reason that I'm resigning is because I lost my interests in Minecraft, I do still think it's a fun game but I don't play it as often as I used to and I truly believe if you want to be a good admin on a server of any type of game you still need to have an interest in that game. Also because these days I spent more time watching series or playing other games.

I would like to thank you (the players and the Staff Team) for the time I spent with you. Most importantly, I want to thank Michel of taking me with him on this wonderful journey of maintaining a Minecraft server.

Bobobaal will continue to be affiliated with our server as a regular player and is still in our Discord community. All I can say for now is #dicksoutfordieter.